Shortly after Dicksee was granted a studentship to enter the Royal Academy Schools, he joined the Langham Sketching Club. One evening the set subject was ‘Music’. Encoura . . .

Shortly after Dicksee was granted a studentship to enter the Royal Academy Schools, he joined the Langham Sketching Club. One evening the set subject was ‘Music’. Encouraged with the sketch he had made Dicksee decided to make a repetition of it in oil. In 1877, when he was only 24 years old, the painting was exhibited at the Royal Academy with the new title Harmony.

Harmony is one of the most well known pictures by Dicksee, depicting a young man staring adoringly into the eyes of a girl playing the organ. The model for the woman was Hilda Spencer who was then a student at Queens College, Harley Street where Dicksee taught drawing. She sits in a trance like state, seemingly oblivious to her suitor’s rapturous gaze. The painted furniture is reminiscent of the medieval figurative panels then being produced by William Burges (1827-81) and William Morris (1834-96). In addition the stained glass reflects the influence of Pre-Raphaelitism and, in particular, Henry Holiday (1839-1927). Holiday was introduced to the applied arts by Dante Gabriel Rossetti (1828-82) and Burges. In 1863 he began his career as a painter of stained glass, employing Dicksee for some years to make cartoons and research costumes and characters in the British Library.

In recent years an interest in the formal qualities of Harmony has been overshadowed by a burgeoning interest in the iconography of the painting. Kestner remarks that Dicksee suggests ‘an intricate series of harmonies, beginning with that between the dominant man and objectified woman The youth’s contemplation endows him with authority, connoted by the gold band on the fourth finger of his left hand, as the enforcer of the myth of domesticity which constrained women’ (Kestner, p.87). Kestner takes Dicksee’s later self-confessed admiration for Mussolini as indicating his belief in male empowerment over women. Marsh has also suggested constructions of nineteenth-century patriarchy in Harmony centred around the Madonna stained glass which, she believes, is a motif for the devoted mother and wife. The subject of the painting, Marsh argues, is ‘the harmonious qualities of true wifehood’ (Marsh, p.74). These readings of Harmony, however, overlook the submissive pose of the male suitor who leans on his elbow, starring in awe, rather than in contempt, at the woman.

The picture proved immensely popular when it was exhibited at the Royal Academy having been given a central position in the first room by the hanging committee. The critic of the Art Journal remarked: ‘Another young painter, who has taken not so much a stride as a spring forward is FRANK DICKSEE’. Voted ‘Picture of the Year’, Harmony was bought by the Chantrey Bequest for the nation for the large sum of £367 10s (Dibdin, p.4). 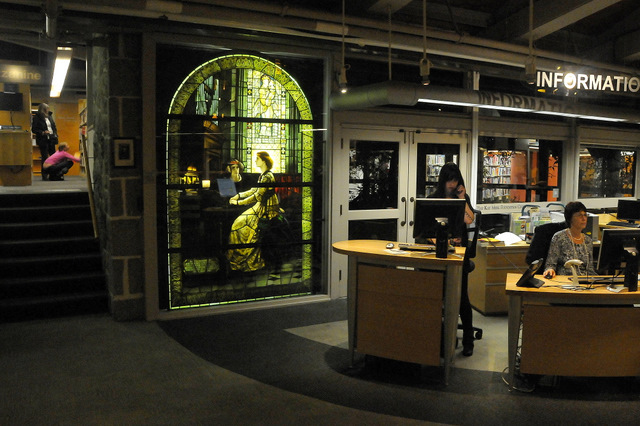