Two of Jesus’ future apostles on Lake Galilee and an 18th or 19th century pioneer explorer. Jesus has invited Peter and Andrew to become “fishers of men.” The moment bet . . .

Two of Jesus’ future apostles on Lake Galilee and an 18th or 19th century pioneer explorer. Jesus has invited Peter and Andrew to become “fishers of men.” The moment between astonishment and assent can be read in the faces of both Apostles. Their hands also capture the moment: Andrew reaches out in acceptance, while Peter’s hand clasps his heart.

Some 1800 years later, a nineteenth century boatman has been included in the scene. His small size and monochromatic pinkness indicates that he is from a different time and place. Who is he? Why is he here?

Could the boatman be the famous North West Company explorer Peter Pond, who came by river in 1778?

Historic Inscription:
Peter Pond, a shrewd independent trader, sparked a revolution in the Canadian fur trade. In 1778, he left Sturgeon Fort, near here, on an arduous journey to open direct trade with Aboriginal people in the fur-rich Athabasca country. Quickly capitalizing on his success, he and a number of Montréal merchants formed the original North West Company in 1779. Pond brilliantly expanded the Athabasca trade using detailed maps he drew from Aboriginal accounts. His initiative had a profound influence in developing the route to the Arctic and the Pacific.

Original Plaque: 4 miles west of city Shellbrook Highway, Prince Albert, Saskatchewan
Explorer and Fur Trader Built the first trading post on this site, 1776. One of the founders of the North West Company, in which he served unitil 1790. He oopened the North Saskatchewan River and Athabaskan districts, kept a journal, and made the first general map of the area. Born and died in Milford, Conn., 1740-1807

Existing plaque: Shellbrook Highway, Prince Albert, Saskatchewan
In the spring’of 1778 a group of Canadian traders who had wintered at a post on this site pooled their remaining stock of trade goods and sent one of their number, Peter Pond, into the Athabasca country, thereby opening one of the richest fur areas on the continent. Pond was one of the original partners of the North West Company until his implication in two murders forced him to withdraw from the trade and retire to his native Connecticut in 1790. His discoveries and geographical theories had a profound influence on the explorations of Alexander Mackenzie who succeeded him in Athabasca. 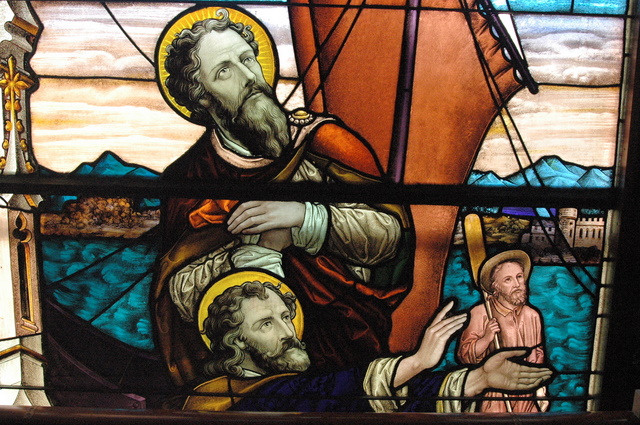