The Ursulines are a Roman Catholic religious order founded at Brescia, Italy by Angela de Merici in 1535, primarily for the education of girls and the care of the sick an . . .

The Ursulines are a Roman Catholic religious order founded at Brescia, Italy by Angela de Merici in 1535, primarily for the education of girls and the care of the sick and needy.[1] Their patron saint is Saint Ursula.

The Viceroyalty of New France was the area colonized by France in North America starting with the exploration of the Saint Lawrence River by Jacques Cartier in 1534. The French explorer Samuel de Champlain founded the city of Québec in 1608 among the Algonquin people as the administrative seat for New France. Colonization was slow and difficult. Many settlers died early, because of harsh weather and diseases. In 1630, there were only 103 colonists living in the settlement, but, by 1640, there were 355.

St. Marie of the Incarnation, O.S.U., Foundress of the Ursuline Monastery of Quebec
The Ursuline Sisters were the first Catholic nuns to land in the New World. The history of the Ursulines in Quebec begins on 1 August 1639, when its first members landed in Canada. The monastery was established under the leadership of Mother (now Saint) Marie of the Incarnation (1599–1672), an Ursuline nun of the monastery in Tours, and Madame Marie-Madeline de Chauvigny de la Peltrie (1603–1671), a rich widow from Alençon in Normandy. The letters patent sanctioning the foundation issued by King Louis XIII are dated 1639.[6]

When they arrived in the summer of 1639, the nuns studied the languages of the native peoples and then began to educate the native children.[7] They taught reading and writing as well as needlework, embroidery, drawing and other domestic arts.[8][9]

After three years spent in the Lower Town of Quebec City, the nuns moved to a new monastery built on ground ceded to them by the Company of New France. Their first pupils were Indian girls, with whom they succeeded better than the Jesuits with their native boys. The first monastery burned down in 1650, but was soon rebuilt.[6] The community was attacked by the Iroquois in 1661-2, when one of its chaplains, the Sulpician Abbé Vignal, was slain and devoured[10] near Montreal. 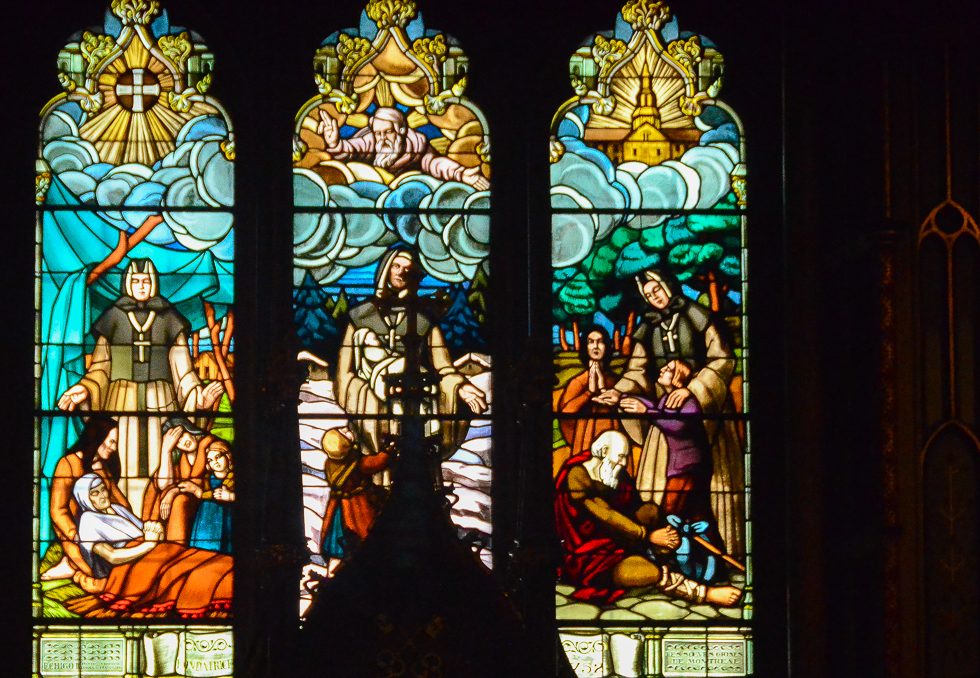