The Shield is topped by St. George’s Cross on a white background, representing King George III and symbolizing British heritage. The bison (also called buffalo in Canada) represents the vast herds which used to roamed freely throughout the province> The Bison provided food and clothing, not only to the Aboriginals, but to the early settlers as well. The provincial Motto, “Gloriosus et Liber,” means ‘Glorious and Free’, is borrowed from Canada’s national anthem, ‘O Canada.’ 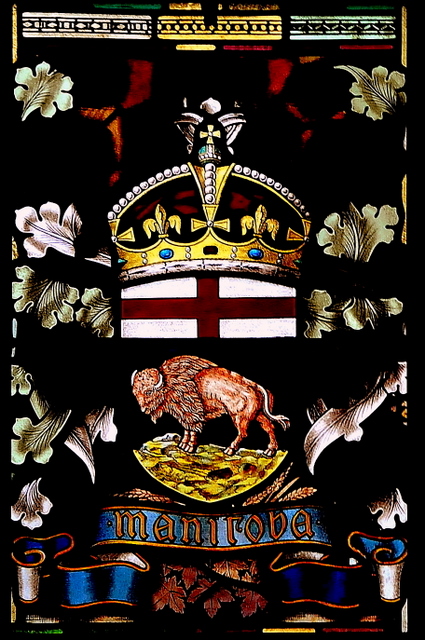