The RCAF golden eagle and its motto in a circle: PER ARDUA AD ASTRA (“Through adversity to the stars”), the motto of the RCAF and also of other Commonwealth air forces, s . . . 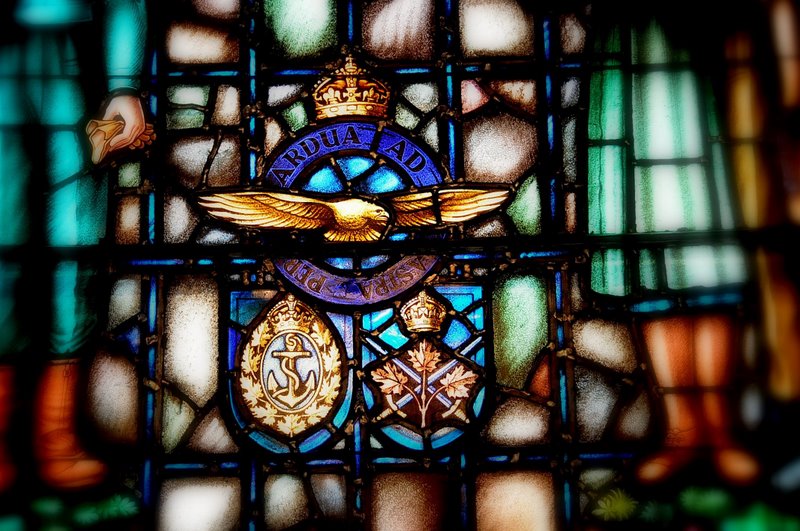