The Classically styled upper frieze features faux-stone mythical figures flanking a central crest, with an idealized Indigenous noble opposite Queen Britannia. The stone “Indian” is the only Indigenous figure in the entire composition; it seems that only a symbolic Indian could be politely depicted in 1898.

Canadian symbols include a surmounting beaver, a wheat sheaf, a steamship, and British lions.

The words “Industry, Integrity, Intelligence” are inscribed below the crest, while “Peace” and “Honor” (sic) are beneath the flanking female figures.

The richly rendered “carved” arches depict the architecture of the City Hall itself, in full Victorian glory. 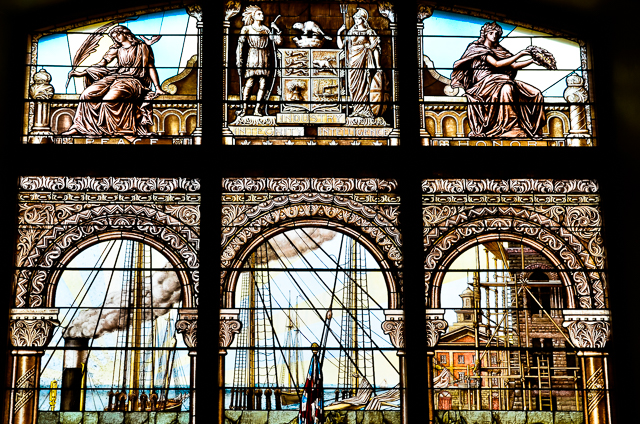