This conceptual masterpiece spent more than 50 years in British Columbia after it was purchased from the estate of William Randolph Hearst in 1952. It was sold at auction . . .

This conceptual masterpiece spent more than 50 years in British Columbia after it was purchased from the estate of William Randolph Hearst in 1952. It was sold at auction in Vancouver to a London art dealer in 2007, owing to the stunning apathy of Canada’s museum and heritage authorities. A Renaissance treasure was good enough for the Metropolitan Museum, but apparently not for Canada.

Most cultures have their own creation stories; Adam and Eve in the Abrahamic tradition happens to be the most famous one. There are many creation stories like Raven and Sky Woman in North American Indigenous cultures.

The absence of national curatorial responsibility which led to the export of this unique work of art was a profound and unnecessary loss to Canada. We mourn the narrow curatorial stewardship of our large museums, five of which were urged by the Institute to keep the Creation window in Canada. We also requested the responsible Federal Minister to invoke the Cultural Property Export and Import Act; in spite of boilerplate written assurances the Minister did not act to prevent the export. Our cultural curators allowed the squandering of a story honoured by Canada’s three major religions, Christianity, Judaism and Islam.

This photo courtesy Sam Fogg after restoration in York, England in 2008.

The “most important piece of pre-modernist stained glass in Canada” is heading back to Europe. A London antique dealer placed the winning $300,000 bid for a 1533 stained glass window by French master Valentin Bousch Wednesday night at Maynards auctions, doubling the pre-auction estimate.

A London antique dealer placed the winning $300,000 bid for a 1533 stained glass window by French master Valentin Bousch Wednesday night at Maynards auctions, doubling the pre-auction estimate. With 15 percent buyer’s commission added on, the three panel window sold for $345,000.
The stained glass window came from the estate of Fritz Ziegler, a former consul for Monaco who purchased it for a farmhouse that he converted into a reasonable-facsimile castle in Fort Langley.
The window was made for the Church of the Priory of Flavigny-sur-Moselle in France and once belonged to newspaper magnate William Randolph Hearst, who was the inspiration for the Orson Welles movie Citizen Kane. Ziegler purchased it in 1952 after Hearst’s death.
The stained glass depicts biblical scenes of God the father, Jesus, the creation of Adam and Eve and their expulsion from the Garden of Eden, helped make this week’s Important Antiques and Fine Art auction the biggest sale for Maynards in years.
“It’s probably the biggest sale for 20 years, since we sold up Eric Hamber’s estate,” said Hugh Bulmer of Maynards, adding that the first two days of the three-day sale had raised close to $1 million. (Not all items in the auction were from Ziegler.)
Bidding for the Bousch stained glass was intense, as a couple of local buyers faced off against some museums and the antique dealer.
“It started out at $100,000, and the bidding was brisk,” said Bulmer. “Right up to $300,000, it was bang-bang-bang. It probably took 10 minutes.”
The London antique dealer was bidding by phone, as was the winning bidder for the second highest item, a 15th century stained glass window of a saint. Estimated at $8,000 to $12,000, it sold for $44,000 ($50,600 after buyer’s commission).
“I think that’s going to a museum in Toulouse,” said Bulmer.
“The interesting thing about that is there were two museums in Toulouse bidding against each other. They’re probably about a mile apart, and were bidding here in British Columbia.” 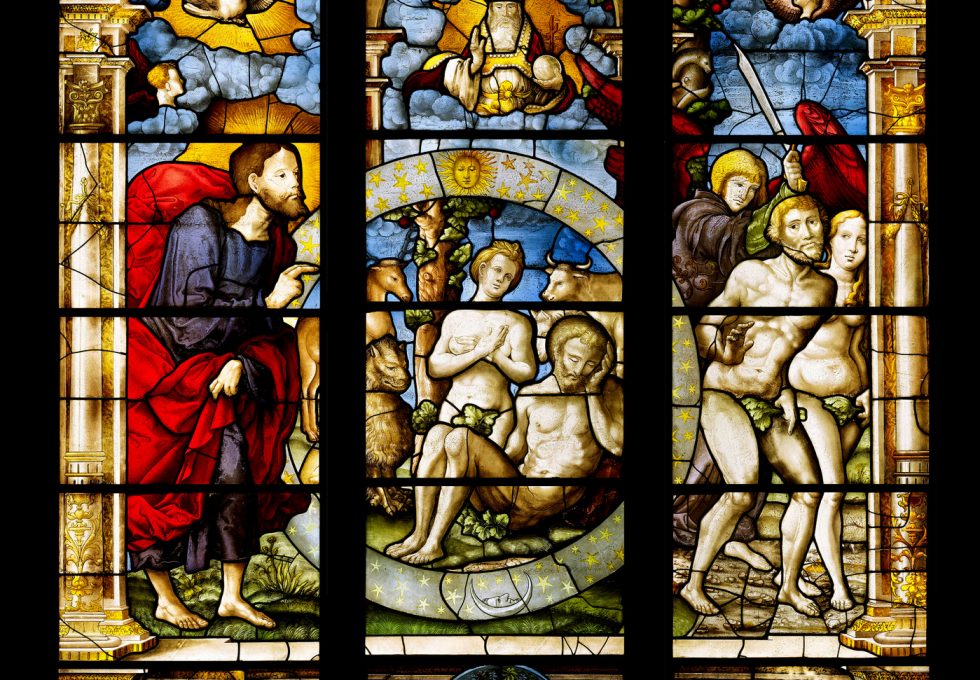