Jean de Brebeuf (1593-1649) was a Jesuit Missionary, martyred during wars between the Iroquois and Hurons near what is now Midland, Ontario. Brebeuf (1593-1649) was the leader of the eight French Jesuit missionaries martyred by the Iroquois during various encounters. He was canonized in 1930 as one of the Canadian Martyrs and is a Patron Saint of Canada. He knew Kateri Tekakwitha, the first Indigenous saint in Canada. 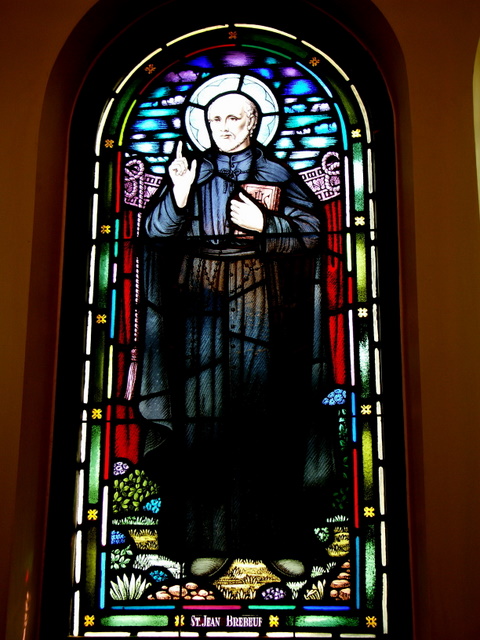