The Art Deco Marine Building opened on 7 October 1930, and at 97.8 metres (321 ft) (22 floors) it was the tallest skyscraper in the city until 1939. According to the architects, McCarter & Nairne, the building was intended to evoke “some great crag rising from the sea, clinging with sea flora and fauna, tinted in sea-green, touched with gold.”[2]

The building cost $2.3 million to build – $1.1 million over budget—but due to the Great Depression it was sold to the Guinness family of Ireland for only $900,000. The 2016 property assessment is $90 million.

There was an observation deck, but during the depression in the 1930s the 25-cent admission price proved unaffordable for most. Currently, there are no public galleries in the building – how unfortunate!

Inside the massive brass-doored elevators the walls are inlaid with 12 varieties of local hardwoods. All over the walls and polished brass doors are depictions of sea snails, skate, crabs, turtles, carp, scallops, seaweed and sea horses, as well as the transportation means of the era. The floor presents the zodiac signs. The exterior is studded with flora and fauna, tinted in sea-green and touched with gold. 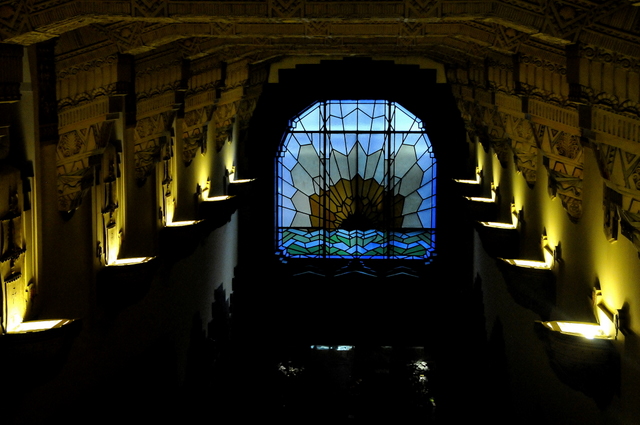