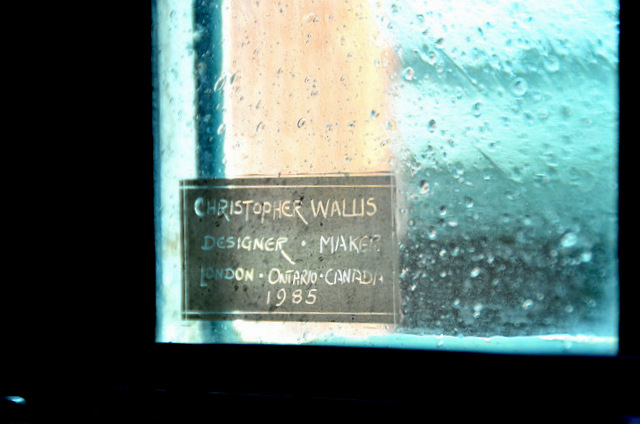 The most common practice is to sign only one window of a group made in a certain year, usually in the lower right corner of a window near the front of the church. The year may or may not be given, and the city and country may also be absent.

Become a glass archaeologist! Look very carefully along the bottom edges and you may discover a precious unknown signature. Use your phone to take a closeup picture and also a full shot of the the window. Then send it to us. We will publish and credit your photos and you will contribute to a deeper understanding of Canada’s artistic and art-industrial history.