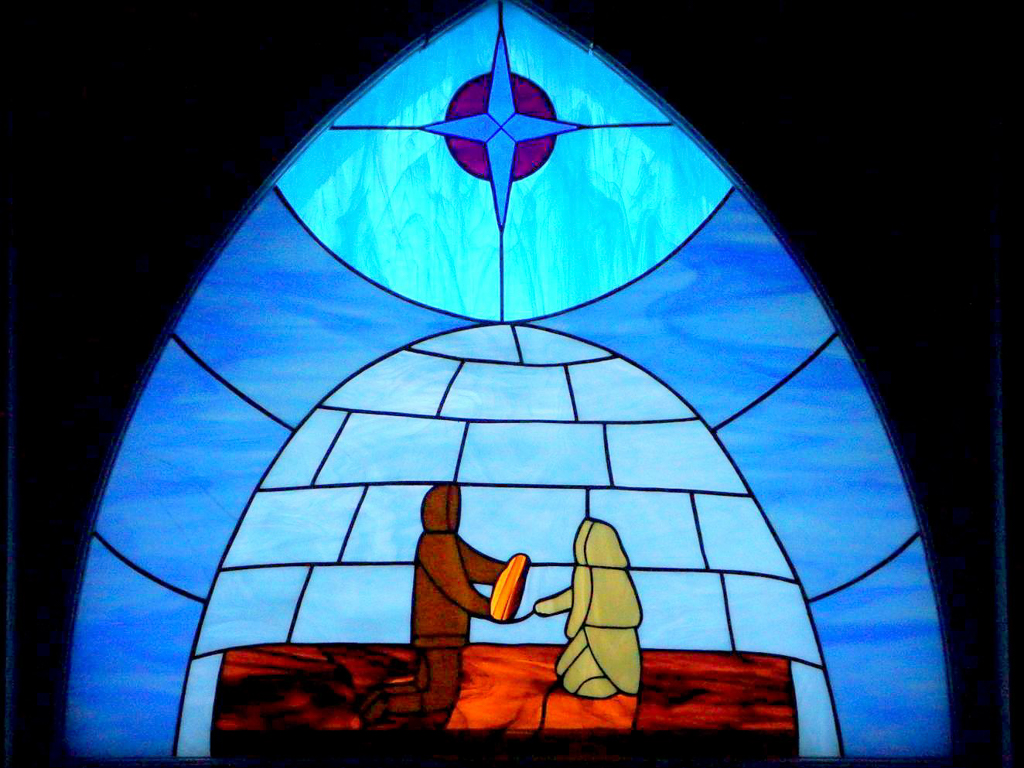 This tiny church in Canada’s High Arctic is one of the most northerly in Canada. During the 1990s and 2000s, it was shepherded by Father Paul Bachman and his wife Ann Marie, a Mohawk from Kahnawake near Montreal.

Father Paul grew up in White Plains, New York and studied to be a Deacon at St John’s Episcopal Cathedral in Manhattan before becoming the parish priest at St George’s for many years.

Fifteen charming windows were created by Fr Paul and Ann Marie in Cambridge Bay. They would purchase materials on summer trips “south” to Edmonton, and spend the long winters in Cambridge Bay patiently creating these deeply authentic windows.